When I told my partner Steve that I would be writing about this topic as my first article for S.P., he was incredulous. Is there such a thing, seemed to be his reply. I understand his incredulity. In the community we gays have created for ourselves youth and beauty are things to aspire to, things to be worshipped, things we older gay guys should try to cling to as much as we are able…a religion if you will. What with Botox treatments, cosmetic surgery, lotions to colour our greying hair, not to mention hair transplants it seems we want to, no, need to cling almost desperately to our youth. It has become unheard of to grow old and gay gracefully because you just can’t grow old. Not only am I frustrated with this sentiment; I’ve heard it echoed by many other middle aged and older gay males.

The usual standard of beauty for gay men has always consisted of the following criteria, to be considered sexy a man must:

Talk about putting the Art in Artificial.

Have a look through any gay periodical anywhere you go and you will see buff, smiling young hunks dancing at circuit parties or lounging poolside at gay resorts or cruises. Then look at the advertisements and read some of the articles and rarely will you see or read about anybody over the age of forty-five years. Although to be fair the local Vancouver LGBT media do try to include middle aged and older queers when they can, but let’s face it, the advertising money is made in pushing youth culture. Perhaps it’s the autocracy of the advertising, fashion and porn industries, but I believe it’s mostly that unspoken rule in the gay community that says old queers don’t die we just become invisible.

But something has been changing the last little while…older men have become sexy! I’ve noticed this especially in the last five years, (coinciding with the general acceptance of facial and body hair). I have talked with buddies and colleagues of my vintage regarding this, and they’ve noticed the same thing…younger men are checking more of us older guys out! My first thought when I began noticing this was, sorry Junior, I’m not a sugar daddy, because in times past only a gold digger would pay any mind to anyone over 50 years. But over time as I looked closely I found this attraction had little to do with money, although I’m sure there are many cases of gold digging still happening. There is a genuine interest in older guys and what we have to offer in terms of dating. Why are we older dudes the flavor of the year?

Well to be honest, there’s an inner light (glow) that comes with life experience; which is now being recognized. Perhaps it’s the prospect of a father figure, perhaps it’s that promise of stability, a sense that we older guys have been to the party, know the gig, got the t-shirt ten times over and are done with the scene. Or maybe, because of all of the above, as men grow older we become more comfortable in our own skin.

So no longer are we older guys considered dirty old men or even perverts. As the gay world, and society in general are finding out, being sexy is not just for the young and pretty anymore. We older guys are being celebrated, sought after and (aw shucks), looked at as being sexy too… about damn time I’d say!

FIND WHAT YOU’RE LOOKING FOR:

LEARN HOW TO IMPROVE YOUR SEX LIFE:

EXPLORE SEX TALK: Sex is fun, why shouldn't talking about it be? 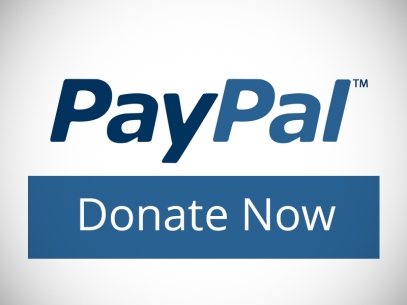 S.P. IS PROUD TO BE POZ FRIENDLY! No stigma, no shame – only help.